Munich County is the one with the most residents in Bavaria (309,080 on 31st December 2005). Most of the region is part of Munich’s rubble plane, consistently decending from South to North.

In the South, the county extends into the end moraine landscape of the alpine foothills; in the North, the East, and the South, it surrounds the provincial capital of Munich. Both county and city together form the region of Munich. Munich County covers 27 municipalities, as well as the towns of Garching and Unterschleißheim. 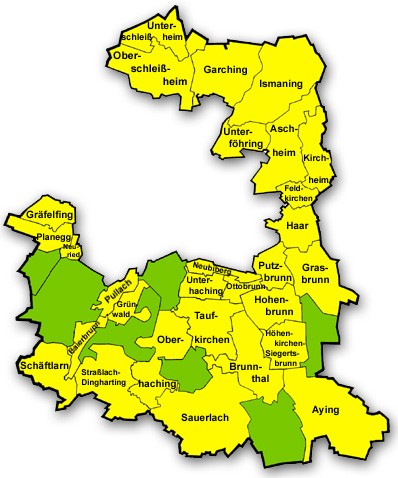